It would sadly prove to be one of the only truly memorable moments of Adriano’s ‘what could’ve been?’ career. 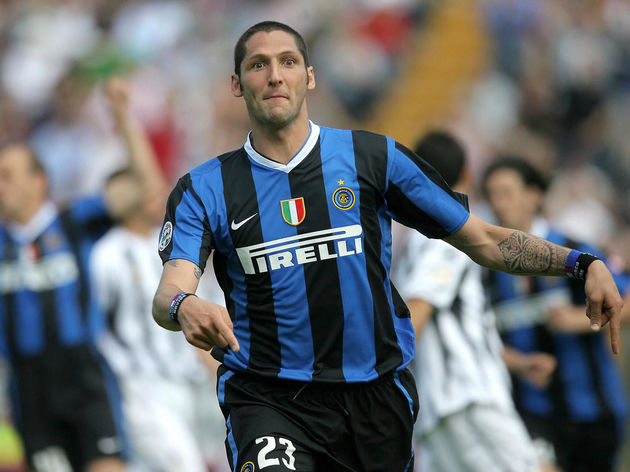 Due to the Italian football scandal in 2006, ​Juventus were relegated from Serie A ahead of the 2006/2007 season. Inter took full advantage of this and swept aside every team they faced – losing only one league game all season.

It was after this loss to Roma that the Nerazzurri really stepped up a gear. Defender Marco Materazzi scored twice to win Inter’s 15th Scudetto with five matches left to play. They moved 16 points clear of second-place Roma and tied the league’s record for the earliest title triumph.

The side also beat the record for the most consecutive wins with an incredible 17 match winning streak proving why they were the best team in Italy at that time. 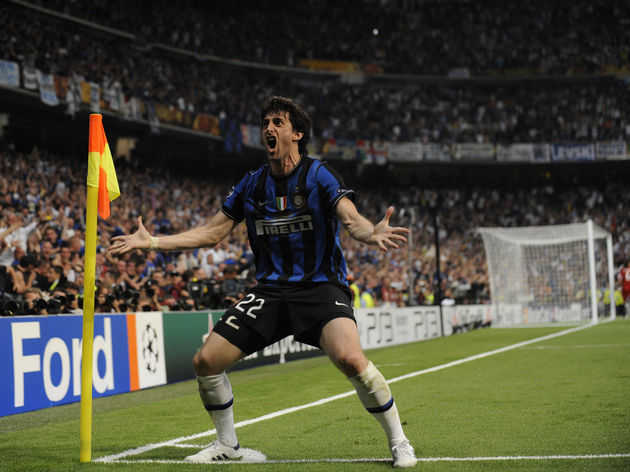 There is no better classic Inter game to watch than this one. Jose Mourinho’s side managed to complete a historic treble: Serie A, Coppa Italia and the UEFA Champions League – the only Italian team to ever achieve this.

The Nerazzurri faced off against Louis van Gaal’s ​Bayern Munich who had just won their 21st Bundesliga title. However, they were unable to break down Inter’s resolute defence as Diego Milito struck twice to crush German hearts, adding to his crucial goals that clinched the other two trophies in his debut season at Inter.

It was the club’s third European trophy – their last Champions League win coming in 1965 – so the long wait for success made the victory taste so much sweeter. A moment that will probably not be topped in the near future. There’s something so satisfying about absolutely destroying your opponents. Well, that’s exactly what Inter did to Sassuolo in their biggest away win in Serie A history – putting seven past the opposition keeper.

A hat-trick from Mauro Icardi, a brace from Dani Osvaldo and goals from Mateo Kovacic and Fredy Guarin sealed an astonishing performance from a, on the whole, underperforming Inter. It’s not an exaggeration to say this game had everything. Goals, the woodwork, red cards, VAR controversy, a missed penalty – wow. The Nerazzurri had left it to the last game of the season to secure a Champions League spot, and knew that a win was absolutely essential.

Electric winger Keita Balde seemed to have eased Inter to safety before Empoli equalised with 15 minutes left to play. Radja Nainggolan then struck late on to send San Siro into euphoria as their Champions League spot was confirmed.

After a fairly poor season, it was a much-needed win for the Italian side. The latest entry to make the list, this match is one of the most exciting games Inter fans have watched for quite a while. The six-goal thriller unfolded in dramatic circumstances as Antonio Conte’s side stunned their rivals to jump into first place in Serie A.

The Nerazzurri ended the half two goals down thanks to former Inter striker Zlatan Ibrahimovic and Ante Rebic. However, the game was turned on its head as Marcelo Brozovic and Matias Vecino both struck in the space of three minutes before Stefan de Vrij headed in to shock the Rossoneri. Romelu Lukaku then nodded home in stoppage time to cap an incredible comeback.

The result cemented Inter as title contenders as they battled Juventus and Lazio for top spot before slowly dropping off.