But his story is one of ‘what might have been’ when we reflect on his frustrating, stop-start Inter career. So why do we revere him in the way we do? 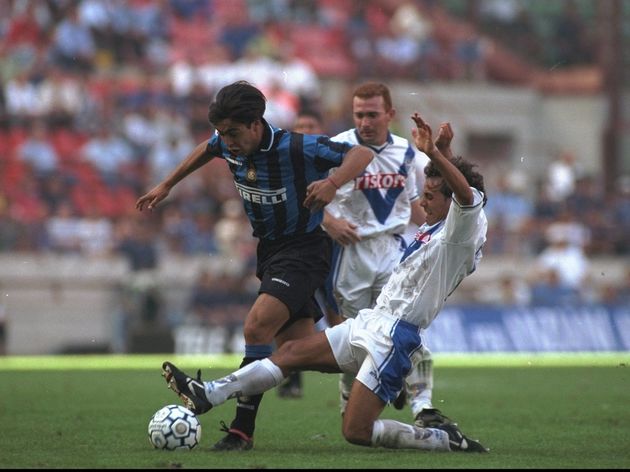 No matter which era we find ourselves in, there has always been something mysterious and exciting about a South American player landing at one of Europe’s biggest clubs. And this has never been more apt than in the case of Recoba, when he left Uruguayan side Nacional and moved to San Siro in 1997.

Arriving at the same time as the irrepressible Ronaldo, Recoba was able to dodge the spotlight, as supporters were more keen to see whether the ex-Barcelona forward

And as it turns out, they wouldn’t have to wait too long to find out just how good he was.

Recoba stole the show on the pair’s debut, coming off the bench with 18 minutes to play and scoring two sensational goals to overturn a 1-0 deficit to Brescia. But it was the standard of the goals which really caught the world’s attention.

Receiving the ball around 35-yards from goal, the youngster looked up, paused, and then crashed a thunderbolt into the top corner to level the scores. Quite an entrance. But he didn’t stop there, either.

Determined to make it his evening, Recoba accepted the challenge of a free-kick from an equally spectacular distance. Assessing his options, the new Inter star decided that going for goal was the best alternative, and bent a curling, arrowing set-piece into the top bracket.

A memorable debut? Unquestionably. In fact, that brace will go down as one of Recoba’s finest moments in an Inter shirt. But herein lies the problem. Within those two thunderous strikes of a football, we can see the Uruguayan’s greatest strengths, which papered over his obvious weaknesses. And the same could be said for his entire career.

He was a player with unquestionable talent, bags of the stuff. Recoba’s left leg could produce moments that our brains probably couldn’t even conjure, let alone process and produce. He was a boy with so much potential, but in the end, his commitment – or lack of – meant he failed to produce this quality on a regular basis. But for us Football Italia lovers, Recoba is a Serie A cult hero. 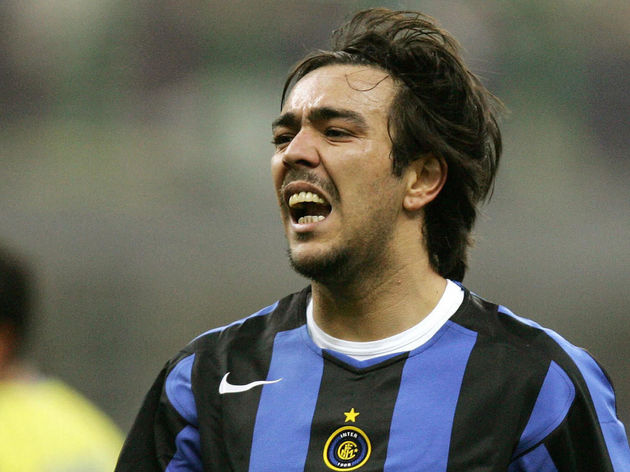 But what made him so special?

Well, 90min spoke to James Richardson, host of the incomparable Football Italia of the 1990s, and he gave us an insight into the character and like-ability of one of football’s true icons.

“Recoba is a player who a lot of people have a soft spot for, because he’s a charming guy, and he’s got that kind of cheeky grin, and there’s also something quite identifiable about him,” the Serie A guru told us.

“He’s not a guy who’s super dedicated, he’s not a ​Cristiano Ronaldo who takes this search for perfection to an almost monk-like extent, in terms of the amount of work he does.

“Recoba was very much a guy who liked to enjoy life and also would come up with astonishing things.”

And of course, James Richardson was spot on.

The astonishing moments which Recoba produced were enough to earn him a new, five-year contract at Inter in 2001, supposedly making him the highest paid player in the world. Later that month, he was banned for carrying a fake passport. Peaks and troughs.

Football Italia viewers would have witnessed the very best of Recoba in the 2002/03 season, as he and ​Inter dazzled Serie A alongside Hernan Crespo and Cristian Vieri. They would have seen t

For those who grew up watching the blood and thunder of the English top flight, witnessing Recoba was like peeking behind a curtain at the future – of how the game could, and should be played.

Ultimately, ‘El Chino’ never quite lived up to the hype that surrounded him – which cannot be pinned directly on his shoulders. For Recoba was an entertainer, a showman, and a uniquely talented soul, whose astonishing moments braced us all for what was to become the norm for our beautiful game.