​Lautaro Martinez’s agent has explained that no formal talks have been held with any other clubs, as the Argentine continues to be linked with a move away from Inter.

Martinez has been in impressive form for the Serie A giants this term, grabbing 16 goals in 31 appearances in all competitions.

The 22-year-old’s fine form has seen him attract attention from across the continent, with the likes of Barcelona, Manchester City and others all keen on his services. ​A source recently told 90min that Martinez is top of ​Barcelona’s wish list when the transfer window does open, while the player himself is solely focused on sealing a move to Camp Nou. This is regardless of whether any other interested party such as Manchesrer City or Chelsea step up their efforts to sign him.

Despite ever-growing talk that Martinez is edging towards a move to Barça, agent Albert Yaque has remained coy on the situation. Now, he’s explained that while Martinez would of course want to play alongside ​Lionel Messi, there’s ‘nothing official today’.

He said (as per ​Marca): “Who wouldn’t like to play with [Lionel] Messi?

“If we asked him where he’d want to play, he wouldn’t tell us anything, he wouldn’t lose his head about big clubs wanting him but there’s nothing official today.”

Speaking up on the links between Martinez and other clubs, Yaque insisted that these were just ‘rumours’, and that no formal talks have taken place with other clubs.

“It’s all rumours in the press, they call me from Madrid, from Barcelona, from England, because they say that Real Madrid want him, Barcelona want him, Chelsea want him, but I’d be lying if I said there was something.” he added. 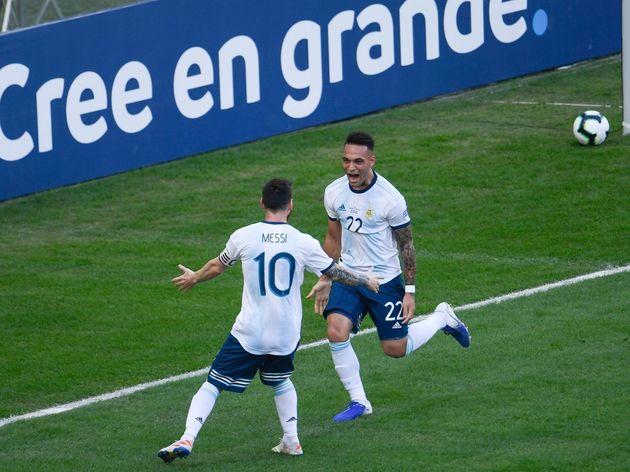 “With this situation that’s going on, we haven’t spoken any more with ​Inter [about a new contract].

“But it’s contact, through respect, but nothing formal, I insist that if there is anything between clubs, we don’t know, but not from us.”