​At the beginning of February, Inter came from two goals down to beat local rivals Milan 4-2 at San Siro, and their title charge looked set to go the distance. A month later, I Nerazzurri were traipsing away from Turin following a 2-0 defeat, sitting nine points behind Juventus in the table and staring into the abyss of another trophy-less season.

It’s safe to say, their January recruitment of Victor Moses, Ashley Young and Christian Eriksen wasn’t up to standard. Who would have thought it, eh? ​Inter may have been spared the embarrassment of another bottle job after the league was suspended due to the coronavirus outbreak, but coach Antonio Conte will be aware that the summer transfer market must be much more fruitful.

The former Juventus coach possesses an ageing squad of loanees and players approaching the end of their contracts, and the title hopefuls must spend big if they are to keep up with the Old Lady next campaign.

But who would the Italian look to bring in for the 2020/21 season? 90min is on hand to build the dream Inter squad for the following season.

Ok, so we all know that Conte has a weird fetish for wing-backs, and his obsession reached new heights when he brought in Young and Moses in January. But that area of the pitch remains a top priority for the Inter boss, whilst strength in numbers in the midfield is vital for a title challenge.

Marash Kumbulla – The Albanian centre-back has excelled in his first season in Serie A with Hellas Verona, and at 20 years old, he is the perfect understudy to Inter’s superb current crop of defenders. €20m Marcelo – ​Real Madrid legend Marcelo has lost his place in the starting XI this season, and his days in the Spanish capital appear to be numbered. Conte demands energy and attacking prowess from his wing-backs, and ​Marcelo could be an ideal candidate to end Inter’s issues on the left flank. €20m

Achraf Hakimi – The right flank needs sorting out, too. That’s where Hakimi could come into play, as he is likely to leave Madrid if they are unable to guarantee him first-team football. After an excellent season at ​Borussia Dortmund, the wing-back is starting to look the real deal. €50m

Arturo Vidal – This love affair between ​Vidal and Inter has dragged on longer than Romeo and Juliet’s, but it may finally reach its climax this summer. Barcelona seem willing to allow the Chilean to leave this summer, and Conte is desperate to be reunited with the tough-tackling midfielder. €15m

Sandro Tonali – The new Andrea Pirlo. Inter allowed the old Italian pass-master to leave the club once before, so they’ll be keen not to miss out on his second coming. Tonali can do everything, and the youngster would be a brilliant addition to the midfield. The only problem? He’s a Milan supporter. Good luck with this one. €40m Antoine Griezmann – Okay, so financially this deal might be a stretch, ​and without selling Martinez, this feels unlikely. But ​Barça may be prepared to sell their big-money forward after a disappointing campaign at Camp Nou, and he could be the perfect fit for a Conte team. Season-long loan with obligation to buy? €120m

Ashley Young – Conte wanted to strengthen his wing-back positions in January, and for some reason, Young was his primary target. It’s possible that he will extend his stay in Italy, but don’t rule out a quick return to the Premier League. Free transfer Victor Moses – Another Premier League import, Moses joined I Nerazzurri on a short-term deal to boost their title hopes. With the season postponed, he’s unlikely to be a permanent fixture. End of loan

Kwadwo Asamoah – A versatile wing-back, Asamoah may become even more of a fringe figure with the influx of new arrivals. At the age of 31, this could be Inter’s last opportunity to recoup some money on the Ghanian star. €20m

Borja Valero – The majestic midfielder is nearing the end of his current deal, and with no renewal on the cards, Valero looks set to end his three-year stay in Milan. Free transfer

Roberto Gagliardini – The Italian has not kicked on as the club would have hoped. But Gagliardini could still command a decent transfer fee, given his age and well-documented potential. €25m

Matias Vecino – The Uruguayan has been an excellent servant in recent years for Inter, but the club seem prepared to sell him on while he still retains some market value. Vecino would be an excellent addition to any Premier League side. €25m 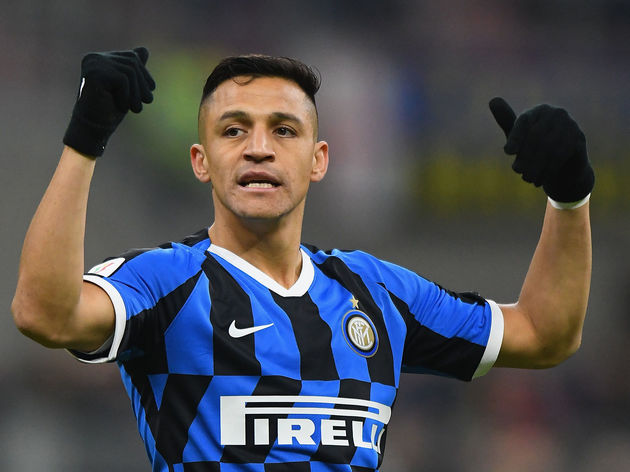 Alexis Sanchez – Bringing the Chilean star in was always going to be a gamble, and Inter will feel hard done by that injury prevented Conte from tapping into the buried talents of ​Sanchez. Still, he’s not shown enough to sign on a permanent deal. End of loan

For Inter, one of the main concerns is keeping their current stars at San Siro for the following season. Lautaro Martinez is a long-term Barcelona target – and usually, when they want their man, they tend to get him.

Milan Skriniar is also earning the reputation as one of Europe’s elite defenders, so keeping him far from the clutches of the likes of Manchester City or Manchester United will be at the top of Conte’s agenda.